It was serendipity that led Marvin Coleman into the world of mortgage broking about 14 years ago after he moved to Australia from London. And when he fi rst started out in the business he experienced some major challenges. Despite that, the Mortgage Choice Oakleigh broker persevered over the long term, rising to number 29 in the Top 100 Brokers list in 2019 with more than $93m loans written in the year to selection.

Coleman explains that he and his wife decided to leave London for down under after the 2005 London bombings pushed them to a turning point. Not long after moving, they purchased an investment property and started looking for finance.

“I googled ‘mortgages’ and up popped Mortgage Choice. The broker came around to my house and was ever such a nice guy,” Coleman says.

“He was Aussie through and through, and [for me], having come from the UK, he exemplified what an Australian was: easy-going, intelligent, professional and easy to connect with.”

About two thirds of the way through the conversation, the broker asked Coleman if he would consider joining the profession. As a chartered accountant, Coleman gave a somewhat curt response to the contrary. But a couple of weeks later, after a discussion with his wife, he called him to apologise and explain that he had reconsidered.

“Four months later I’d bought a Mortgage Choice franchise in the same area as him, and we’ve been sharing an office since March 2007,” he says.

“We’re best friends, and he’s solely responsible for getting me into the industry. I’m very, very grateful for that.” 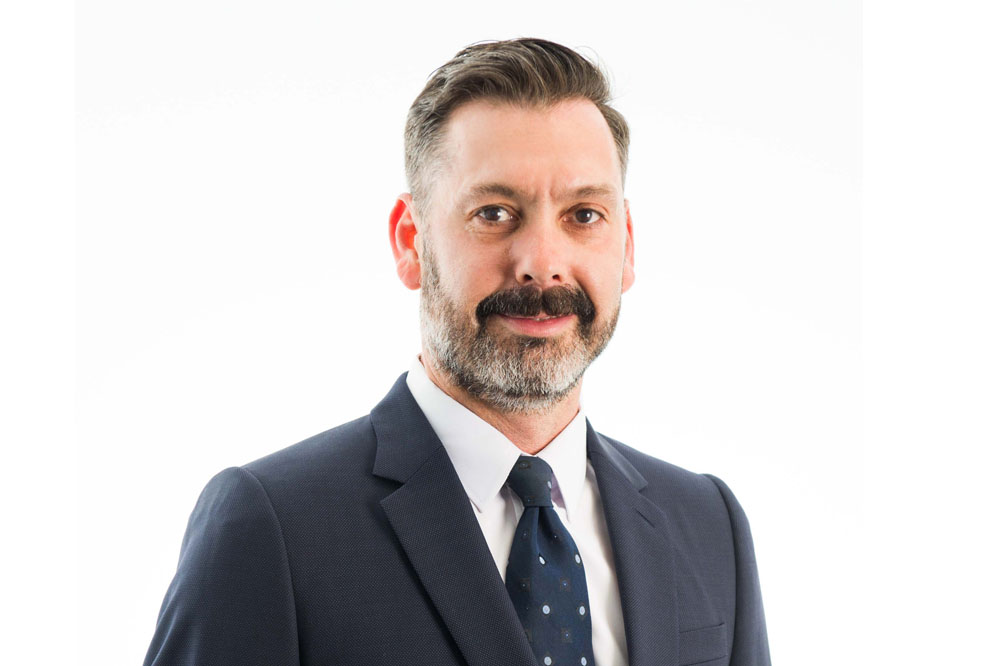 The biggest challenge Coleman faced in his early days was the need to persevere in the business in order to push on and build traction. He says getting through the first two to four years are critical for a broker, but then after that the possibilities are almost endless.

“If you can make it through that, then you’ve got a really great chance of unlimited success; however, you choose to define that,” Coleman says.

The second challenge he faced was burnout, the result of years of hard work without any support staff.

After working on his own for so many years, Coleman says he wore it as a sort of “badge of honour” that exemplified his success. But he soon realised that he couldn’t continue working on his own and should have stood back years earlier and invested in more resources and people. 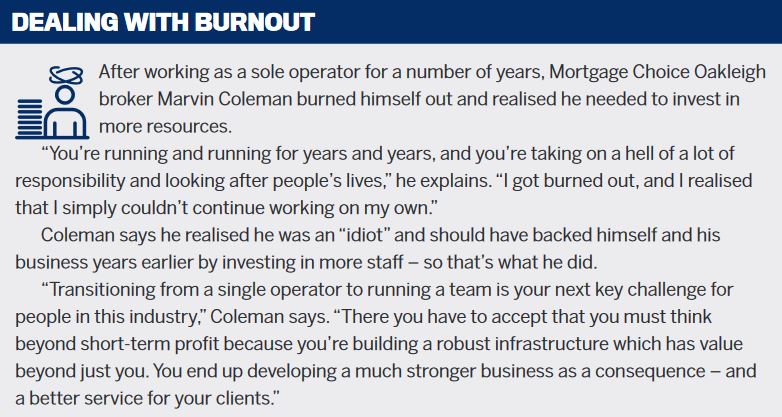 “I googled ‘mortgages’ and up popped Mortgage Choice. The broker came around to my house and was ever such a nice guy”

He took on his first recruit in 2017, and now the business is made up of seven people: Coleman is the sole broker, supported by four client care managers, a loan administrator, and his wife as business operations manager. 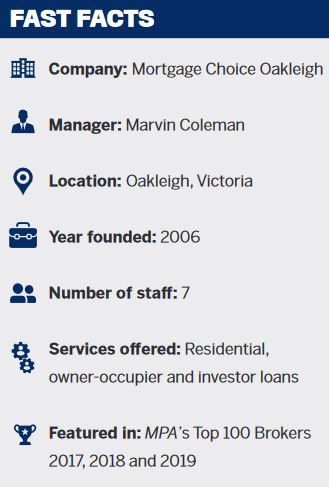 The brokerage also has an adjacent financial planning business, FinChoice.

Looking back over his years as a broker, Coleman says he has seen “vast change” in the industry, including the increase in NCCP requirements and the introduction of helpful technology, and in terms of what clients expect.

“I’d say clients expect a lot more from any service provider now, including brokers,” he says. “That said, they show extra appreciation and are very loyal when you do a great job for them. Being local seems to be less of a factor in clients’ evaluation of you; it’s much more about being great for them, solving their problems from wherever you are.”

Coleman says he hopes to expand his team even further in the year ahead. As the only broker currently in his business, he would like to bring another on board to help him achieve his goal of working four days a week instead of six.

“This would be a critical role in the business, as this broker may become a part business owner over time,” he says. “It’s part of my long-term strategy to keep the business growing but work in it less over time.”

Other than that, Coleman says his everyday focus is on supporting his team to continue delivering excellent client service and education, and adapting and refi ning the brokerage’s processes to support that, not to mention adapting to the COVID-19 environment.