Career Path: To Fintech and Beyond 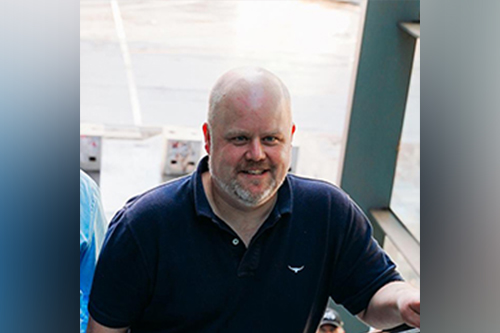 Adam Lane left uni behind, taking a job as a telephone adviser for a UK High Street bank where he helped customers do everything from transferring money to checking balances in a pre-internet banking world. His manager saw potential in him and promoted him to business development manager and then to product manager. “As a not very wise 18-year-old, I decided university wasn’t for me and instead joined the workforce.”

Lane left his hometown to move to Leeds, where he joined GE Capital as a commercial manager, handling the company’s relationship with Walmart for a white-labelled personal loan product and was later part of a deal team responding to a tender to offer Virgin products. “It was at GE that I learned how a strong sense of economics was imperative to success in financial services. I became a leader for the first time at GE, and I began to appreciate that leadership is not as easy as it looks – it’s somewhat of a life’s work and something that needs consistent attention to try and master.”

Lane joined his parents and sister in Australia and took a commercial manager position at Coles Group. He soon moved to the client side of the relationship to manage the credit card partnership Coles had with GE Capital. “Whilst at Coles, I helped the team launch Coles Home and Car Insurance. It was a great achievement for such a small team that focused on a full service within a FMCG business that was in a turnaround mode.”

Lane became the senior product manager and head of product management for credit cards and deposits at NAB. Three years later, he was named head of transactional direct, leading a team that helps businesses and corporate clients with payments solutions. He was later tapped to lead a pilot customer journey program that boosted the bank’s transactional business revenue

“The accomplishments I am most proud of are the people I had led and the impact I had on their careers – many of them have gone on to achieve tremendous success – and renegotiating multimillion-dollar contracts with Qantas, Mastercard and Amex.”

In the role of general manager, Lane was responsible for a team of 250 staff involved in a range of disciplines. At a time when NAB was transforming its customer delivery model, Lane was accountable for more than 100,000 customer relationships. “I am proud about a number of accomplishments in this role, particularly around learning from mistakes made early and trusting my team to deliver by giving them autonomy to deliver better results for customers.”

As managing director of Credit Suisse-backed start-up Tradeplus24, Lane is “responsible for most things and accountable for almost everything” as the firm prepares its launch in Australia with the help of its parent company in Zurich.

2019 and beyond: Streamlines the process

While Lane and his team at Tradeplus24 acknowledge that a credit shortage exists for Australian SMEs, they are confident that their unique cashflow solution can assist many Aussie businesses with the help of commercial brokers.

“We are committed to lending responsibly and to leveraging the best elements of what we learned in corporate life whilst avoiding bureaucracy, internal politics or anything that gets in the way of delivering to customers.”