It's been a whirlwind of a month with commission changes, rate rises and much speculation swirling

It’s mid-winter, the financial year has ended, and it feels like the pace of change in the broking sector has started to accelerate.

This month we saw Bankwest become the second mover after Macquarie in making changes following the Combined Industry Forum’s recommendations. It also quietly announced the closure of 29 east coast branches. Mortgage Choice introduced a new remuneration structure to address the concerns of disgruntled franchisees, with trail payouts costing the company $30m in FY18. And The Australian published a bombshell of a story about the Productivity Commission allegedly proposing a policy solution in its final report to eliminate trail.

Alas, it’s been a whirlwind of a month, to say the least.

At MPA, however, we did slow down a bit this month to host our first long lunch and Commercial Lenders Roundtable discussion with a group of non-banks, brokers and one non-major. If there are two areas of banking that are actually rejoicing in this atmosphere of increased scrutiny of the majors and tightening of responsible lending obligations, one of these is the non-bank sector. Not only is it seeing an increase in near-prime and low-doc customers who are being turned away by the majors, but many said these customers were coming to them because they wanted to. Continuity, speed and quality of service are often top priorities for customers – sometimes even before a cheap rate – and those core functions are increasingly hard to come by in the mainstream space, these lenders reported. We were also thrilled to have two top commercial brokers there to give us a first-hand glimpse at some of the challenges they’re encountering in the field. Read what they had to say on page 16.

The second area of banking that’s attempting to leverage the royal commission revelations to its benefit is the customer-owned banking industry. I spoke to Peter Lock, CEO of Heritage Bank, about this for August’s ‘Big Interview’ (page 12). He also gave me a behind-the-scenes understanding of how APRA’s macroprudential regulations have affected the momentum of smaller lenders and how they’re getting back up to speed – with the help of brokers. 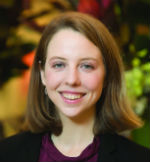