When mortgage broker Zain Peart isn’t writing home loans, he’s flying through the air, diving below the ocean and falling off skateboards.

The founder of ZEP Finance is a big fan of extreme sports and acrobatics, and even has his own aerial rig set up at home for himself and his family.

When he was as young as five years old, Peart began body boarding, and then at 10 he started surfing. He also skates, does flying trapeze every week, snorkels and scuba dives. Having experienced sky diving as well, he is keen to get back up there and do it again.

Peart says surfing is an activity he particularly enjoys and one that has taken him to many countries.

“Surfing is always great because you sit out the back on your board and everything that is going on in life just melts away. It’s a really good way to relax and clear your mind,” he says.

Peart recalls the time he and his family went snorkelling in Thailand when one of his daughters was just three or four years old.

“We saw a little pack of sharks and went swimming after them for a while. She was really excited and pointing at them,” he says.

It appears his daredevil nature also runs in the family. 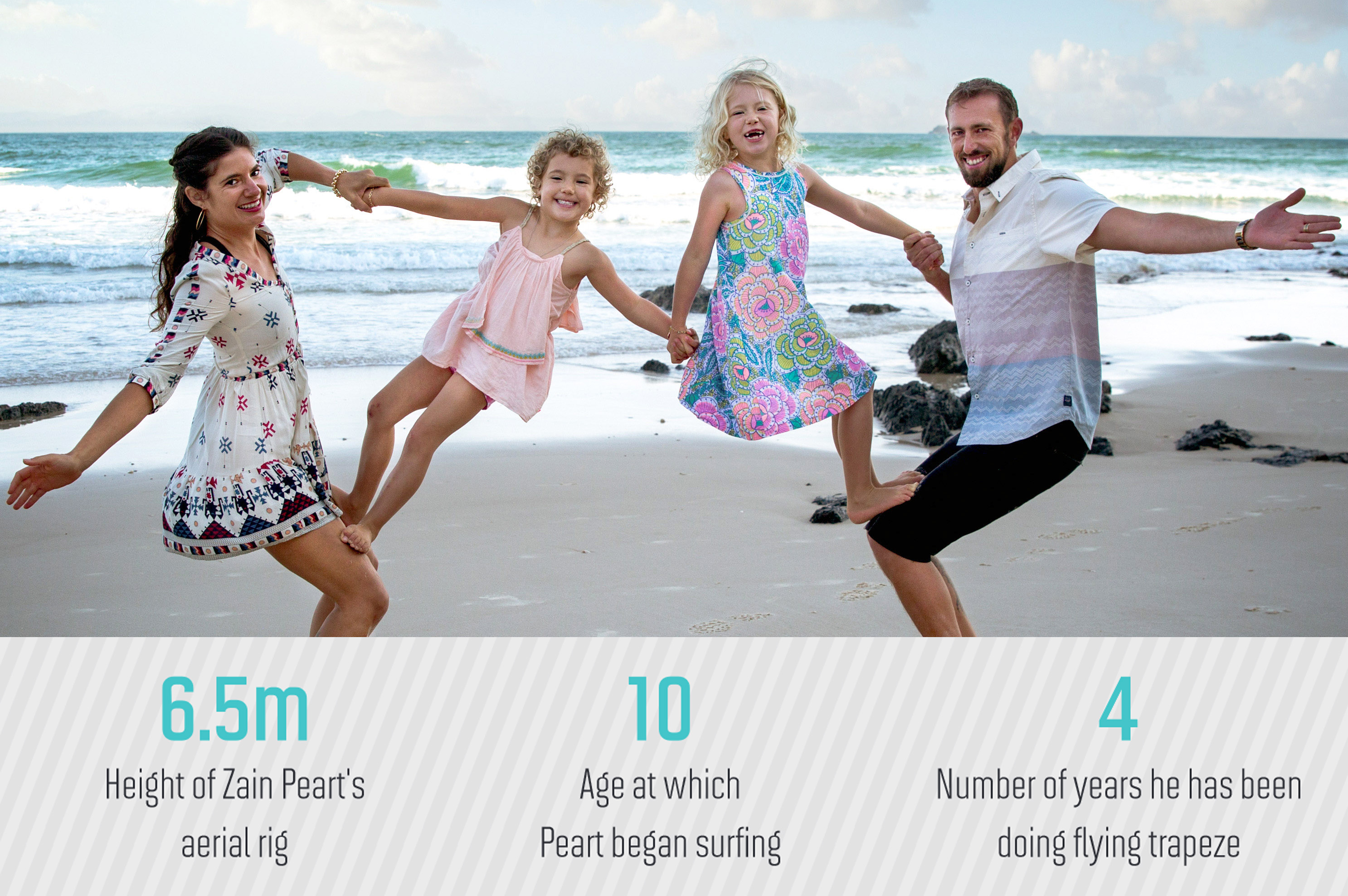