In Australia’s largest capital, first-home buyers have been feeling the pinch for many years. While Sydney has remained the most expensive place to buy property, the rest of the state of NSW has followed suit with the average dwelling price exceeding $1 million during the March quarter, according to the most recent figures from the ABS.

In light of this new record, CEO of REINSW Tim McKibbin told MPA that housing affordability was a “huge” issue.

“It’s a very serious problem for anybody trying to get into the market and I can’t see that improving in the foreseeable future,” he said.

Despite the “noise” made by politics and the media in recent years, McKibbin said the only way to solve the affordability crisis was to increase housing supply.

“We’re in a market where demand is greater than supply,” he said. “Demand is growing, and the supply is not even keeping pace with that.”

He said the often-lengthy development approval processes of local councils were an impediment to increasing housing stock; some LGAs taking as long as 12-18 months to reach a verdict.

“That to me is another area that we need to be looking at to improve affordability.” 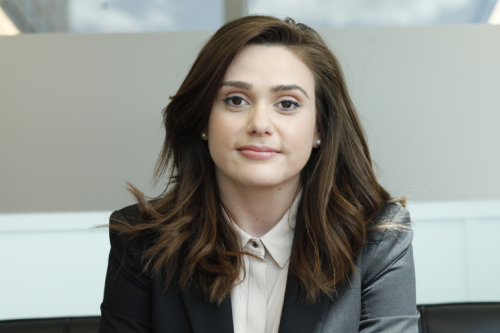 According to CoreLogic head of research Australia Eliza Owen (pictured immediately above), there has been a marked decline in the number of Australians achieving home ownership as property prices have surged.

“Rising property prices and higher deposit hurdles have created more of a barrier to home ownership over time, with ABS data suggesting the portion of Australian households that own their own home, with or without a mortgage, has fallen from 71.4% in the 1994-95 financial year, to 66.2% as of the 2017-18 financial year,” she told MPA.

In NSW, the gap between income and home values has created a challenging environment for first-home buyers saving a deposit despite serviceability improving through lower interest rates.

“As of September 2020, the dwelling price to income ratio sat at 8.6 for Sydney, and 6.7 for regional NSW,” said Owen. “It was estimated that it would take 11.4 years for the typical household to save a 20% deposit on a Sydney dwelling, and nine years across regional NSW.”

CoreLogic data shows that since then, in the six months to May 2021, the median house value in Sydney has shot up from $1 million to $1.2 million.

“The other tricky dynamic for breaking into home ownership is a tightening rental market, particularly across regional NSW, where rents have risen 10.2% over the year,” said Owen. “This would make it harder for renters to save their deposit.”

While low interest rates have improved the serviceability of many borrowers, the end of the TFF could mean less buyers in the market – which could ultimately slow things down, she said.

“Higher mortgage rates, or tighter criteria around lending, will ultimately dampen demand for property,” she said. “An uplift in lending rates should start to see house prices flatten out, or decline.”

Read more: Interest rates are climbing – what happens next in the Australian property market?

But McKibbin said while higher interest rates will lead to buyers “taking less money to the auction” the effect may not be across the board due to the lack of transparency around how much money returned ex-pats are bringing to the table.

“Developers say to me, it’s never ‘yes’, it’s never ‘no’, it’s ‘maybe’ – ‘maybe’ is very expensive,” he said. “What councils should do is have envelopes in their municipality. They should say, ‘inside of this envelope you can build this’.”

According to Owen, “Approaches to ‘addressing’ housing affordability depend on ideology, how housing is viewed and the broader financial parameters a country operates in.”

“For example, in Australia, home ownership has been an implicit pillar of retirement to avoid housing costs later in life, but the high value of housing has also been a source of wealth for funding aged care, health care or the transfer of intergenerational wealth,” she said. “In this sense, home ownership, and high value homes, are both fundamental for the current direction of ‘self-sufficiency’ in retirement that Australian institutions work toward.”

She said that younger cohorts of buyers have experienced a larger decline in the rate of homeownership over time than older cohorts have.

“First home buyers appear to be most price sensitive when it comes to participation in the property market, because they may not have an existing asset that can keep pace with gains in the market,” she said. “Low-income households also persistently have lower rates of home ownership.”

She compared recent policies from the Federal Government and the Opposition, pointing to the Coalition’s “Leg-up over deposit hurdles” approach in helping more buyers on to the property ladder while maintaining property values.

“This is very different to the Labor opposition platform in 2016 and 2018 which centred on a demand-side approach to affordability, around reducing negative gearing and capital gains tax concessions,” she said. “Speaking more pragmatically, rising rents and property values are not only creating a barrier to home ownership, but may lead to greater levels of housing stress and insecurity.

“An obvious place to start would be creating more public or social housing for the most vulnerable Australian households.”