Demands on brokers are increasing as lenders drill down on household living expenses, but what else is at stake?

The debate around household living expenses cracked wide open halfway through the royal commission’s first round of hearings.

Questioning William Ranken, ANZ’s general manager home loans and retail lending practices, on 19 March, Orr said: “What I’m putting to you is that you’ve got bank accounts to show that the expenses are different to what is recorded in the documents submitted by the broker. You say you do nothing about that?”

For loans submitted by brokers, Ranken admitted that the bank had not conducted any further checks of borrowers’ general living expenses.

“We’re talking about the manual review of paper-based bank statements, and to use those to verify a customer’s statement of position, particularly general living expenses, would be highly complex, very time-consuming, very costly, and ultimately not necessarily that helpful,” he said during the interrogation.

In an earlier review of ANZ’s home lending processes, KPMG took a sample of hundreds of loan files and found several flaws.

Of the 418 files reviewed, 68 contained incomplete and incorrect borrower financial information used in the bank’s assessment of the home loan. Of those 68, borrower income was recorded as incomplete in 24 files as a result of the bank’s practice of only verifying income to demonstrate that uncommitted monthly income was positive.

“The Interview Guide aims to encourage more consistency in the collection of this information across the industry, while maintaining simplicity in your business,” a broker note said.

That is just one outcome of many that are likely to impact brokers and lenders as a result of the recent exposure around poor verification of household living expenses. And according to some experts, it’s one that could influence a larger ‘credit crunch’ in the housing market. 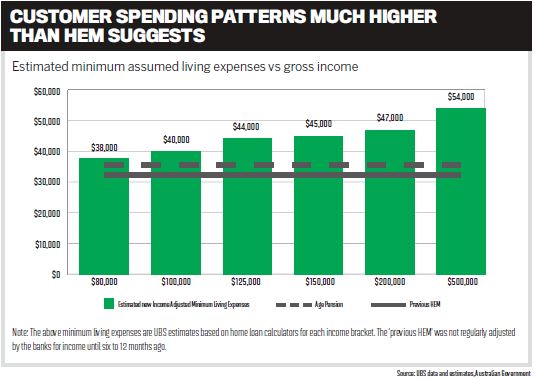 “Numerous banks have been requesting itemised living expenses in their servicing worksheets for a number of years. The key issue that is being faced now is whether those living expenses expressed in the worksheets accurately reflect a customer’s living expenses,” says Mark Norman, Specialist Finance Group’s national compliance manager.

The royal commission’s interrogation of ANZ thrust the calculation – or lack thereof – of household living expenses into the spotlight.

Shortly after that hearing, ANZ released an industry-standard Broker Interview Guide for Regulated Lending Secured by Residential Property, which it said it had worked with a number of other major lenders to develop.

ASIC’s Review of Mortgage Broker Remuneration called out both lenders’ and brokers’ over-reliance on the Household Expenditure Measure (HEM) benchmark, which provides a conservative estimate of a household’s expenses based on various general categorisations and is used by the banks to determine borrowing capacity. APRA has cautioned that the HEM is a floor, but should not replace making reasonable enquiries or be treated as a proxy for actual expenses.

ASIC found that both lenders and brokers were making insufficient enquiries into consumers’ real expenses. Most borrowers’ actual living expenses are likely considerably higher than the HEM, so when they are at or below it, questions should be raised.

According to UBS, 70–80% of all home loans in Australia prior to 2017 were underwritten using the HEM benchmark to estimate living expenses. As a result of the scrutiny of APRA and the royal commission, banks have started to show more initiative to strengthen the collection of this information.

“We require brokers to ask customers detailed questions in order to generate a comprehensive picture of their living expenses,” he says. “But a customer’s expenses, or their knowledge of their expenses, can vary.”

Many brokers have traditionally relied on disclosures and statements from applicants as their main source of evidence, but a consumer will often underestimate discretionary expenses and education, Norman adds.

With the banks providing more extensive lists of expense categories, their clients should be able to use these as a guide to better reflect payments that are often overlooked, he says. 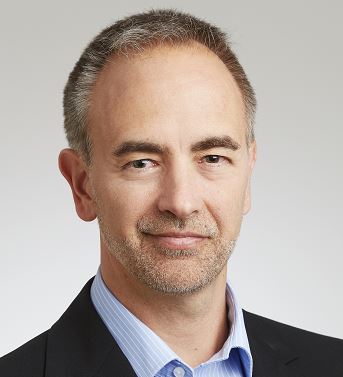 “There is a significant concern for many brokers that the increase in tighter policy will further restrict the availability of credit” – Mark Norman, Specialist Finance Group

While some lenders have already been asking for itemised living expenses for some time, it is often easier said than done.

Adrian Willenberg, managing director of Broker Intelligence, has seen the increased scrutiny around expenses play out firsthand, and says it has added to his workload. “Lenders are incredibly stringent with living expenses now,” he says. “It’s not just as simple to use HEM anymore. Times have changed.”

As a result, Willenberg has made some adjustments. “I now thoroughly analyse daily transaction statements to double-check the existing spending habits [of borrowers] are accurately reflected in the new home loan application. Often clients may say, ‘Adrian, we spend roughly $2,000 per month’, but upon further investigation they’re actually spending closer to $3,000.”

That anecdote underlines why a broker cannot merely record what the customer tells them. They need to make reasonable enquiries and verify the information provided.

“At a minimum, brokers should be ensuring that the declared expenditure makes sense and appears adequately stated in light of their customer’s personal and financial circumstances,” Halliwell says.

Advantedge requires its brokers to complete an expense verification worksheet that captures the client’s expenses across various categories, including utilities/bills, food/groceries, transport, childcare costs, etc. This is used by the lender to assess their suitability for the loan.

While it may be daunting for the customer to see their expenses laid bare, it can be a positive experience with a broker’s guidance. 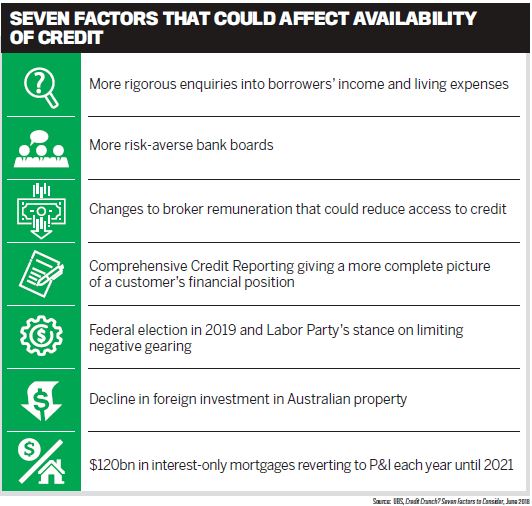 “Often customers simply don’t know how much they spend and on what, on a monthto- month basis. Brokers can add enormous value to their customers by helping them to understand their existing spending patterns, which is a vital step prior to considering how the customer will afford the repayments on any proposed credit,” Halliwell says.

In the end, lenders also have to do their due diligence to ensure sound oversight of brokersubmitted loans. In its Prudential Practice Guide, APRA advises that “a prudent ADI would have appropriate procedures in place to verify the accuracy and completeness of the information provided … Good practice would be for an ADI, rather than a third party, to perform income verification”.

In Norman’s opinion, any changes that require a more appropriate investigation into a customer’s financial position should be welcomed. “Development of comprehensive analysis of living expenses and affordability assessments will assist in bringing similar standards across the industry,” he says.

But there is a risk that this could go too far, with lenders asking for predictions around future living expenses. “Some lenders might expect a numerical value to be entered against a future expense that cannot accurately be quantified,” Norman says.

The royal commission has found that banks have at times applied responsible lending laws too liberally, especially when interpreting borrowers’ financial situations. Not only should brokers therefore brace for more demands from banks in this area, but customers should be prepared to see their borrowing limits drop once their living expenses are more realistically calculated, according to an analysis by UBS.

Credit availability is affected by a number of factors, including tighter expense verification, higher assessment rates and other algorithms, Norman says. And the market has already seen a tightening of credit policies in relation to LVRs for investment lending, foreign income and non-resident borrowers.

“Many of the restrictions we have seen placed on particular market sectors are as a result of issues that have been identified through investigation into poor lending practices or government/industry initiatives,” Norman says. “There is a significant concern for many brokers that the increase in tighter policies will further restrict the availability of credit, where vanilla deals become the only acceptable options.”

One thing is clear: the expectations of brokers and lenders – and the stakes – have been raised.