Leading is like parenting – everybody thinks they do a better job than they actually do. There’s a definite gap between how most executives assess themselves and how their direct reports see them. Leaders and their teams seem to be watching two different movies.

Organisations want employees to become more mature and accountable, and to drive change, yet their policies and rules treat people like kids. Without realising it, many executives act like helicopter bosses: they have good intentions, but their need to control and protect their people doesn’t allow them to grow.

There’s a tension that keeps repeating over and over – when things don’t go well, there’s a tendency to blame it on ‘the people’. I help organisations build cultures of change; to become more experimental, innovative and adaptive. When I kick off a project, I receive a brief from senior executives. Most of the time, the diagnosis focuses on how their teams are not performing as they should. The company is trying to push change forward, but people’s behaviours and mindsets are supposedly getting in the way. While the description isn’t necessarily wrong, it’s far from being accurate. Afterwards, when we interview the broader team, we get to listen to the other side of the story.

Both stories are right and wrong at the same time. Driving change is not about taking sides; it’s a collective experience. Don’t expect people to change if your rules stay the same.

Addressing this gap with my clients, I’ve come to a simple realisation. Most senior executives believe they are good at delegating and inspiring people based on a different standard – a paternalist leadership style they learned from their bosses decades ago.

But delegation and freedom aren’t what they used to be. Today’s environment requires removing the boundaries between leaders and ‘the rest’. People expect a more trans-parent, experimental and participatory culture. Leadership is about co-creation: people want to be active contributors, not just passive implementers. Your team want to be treated as equals, not as kids.

We live in an uncertain, volatile and fast-changing era. However, most senior executives were trained to manage organisations in a predictable world. Most companies keep thinking on annual cycles. Annual planning, employee performance reviews and promotions, to name a few, are based on a 12-month period. We need to become better at adapting rather than anticipating. As Susan Peters, GE’s head of human resources, put it: “The world isn’t really on an annual cycle anymore for anything.”

The same applies to organisational structures or policies. They were written when things were supposedly predictable – organisations wanted to control how things should be done. That model operated under the assumption that leaders knew better. They were in charge of making strategic decisions and then persuading others to follow.

However, a top-down approach is ineffective. Every person in a team is a sensor. They can detect problems and opportunities; every member can develop new ideas, information or ways to operate.

The future is uncertain. Modern leaders must be humble and vulnerable enough to admit that they don’t have all the answers, and they certainly can’t predict what will happen tomorrow. Rather than being stuck in ‘best practices’, organisations need to promote an experimental mindset. Rules and processes must be constantly challenged and improved.

We must stop treating people like children and let them actively participate, design and influence how the company operates. Your team needs more room to experiment, make mistakes, adapt and evolve.

Here are some ways to unleash the leaders within your team by treating them as such. These are not meant to be comprehensive or perfect, but rather to get you started.

1. Create rules that enable rather than forbid
Most companies have rules that are based on a command-and-control mentality that began with the Industrial Revolution, when managers had to supervise staff to ensure that people showed up, did their jobs and followed the policies.

The problem with this approach is that it doesn’t promote trust. Rules control how and what people should do, instead of enabling them to act freely and do what they believe is best for the company.

Also, corporate rules tend to be one-way. Employees are supposed to clock in and out but are expected to reply to work emails during the weekend. Netflix’s unlimited vacation policy is the opposite – rather than tracking time, it focuses on performance. When a culture is built around account-ability, people behave like adults; there’s no need to cheat.

Real delegation includes full account-ability for both actions and repercussions. You can start by encouraging your team to make decisions in small doses. Safe-to-try decisions are an excellent contribution from Holacracy, a self-management system. It moves teams into action rather than waiting for the perfect solution or for the boss to chime in.

Think of safe-to-try as a litmus test. To accept or reject a proposal, there are two questions the team should consider:

There’s always time to course-correct. Let the team adjust its path based on actual feedback instead of hypothesis based on fear or anticipation.

3. Trust people’s criteria over the process
Organisations that prioritise processes over results end up encouraging politics rather than accountability. Zappos gives its employees freedom to follow their own criteria versus telling them what’s right or wrong. An employee can send a new pair of shoes free of charge to a bride whose shoes never showed up without asking anyone for permission. Solving the client’s problem is priority number one – employees use their best judgment rather than following a rigid process.

Do you encourage your team to follow or break the rules? What is most important? To get the job done or to follow the process? Rules shouldn’t limit your team’s ability to perform their jobs. Breaking rules isn’t bad when it’s done with a purpose.

4. Encourage failure rather than protectionism
Helicopter bosses aren’t just micromanagers; they tend to be overprotective, too. By trying to protect the team from getting hurt, they can cause more damage.

Teams need to make mistakes to learn and grow. At Nixon McInnes, a social media company, the Church of Fail is a monthly ritual. Employees are invited to stand and confess their mistakes and are wildly applauded for doing so.

Does your organisation punish mistakes or encourage people to learn from them? Embracing mistakes promotes transparency and experimentation. Everyone makes mistakes; publicly acknowledging them ensures that people can learn from them and that others won’t make the same one. Also, mistakes are a means to an end – action is always better than inaction.

5. Provide challenges instead of direction
People want to be challenged so they can give of their best. However, more than three quarters of workers believe their bosses don’t motivate them to unleash their true potential.

Most senior managers tend to define the path rather than letting their team members find the solution. They provide unsolicited advice instead of challenging people with questions. When work is organised around projects, people’s responsibilities become repetitive and predictable, thus decreasing excitement and engagement.

Assign challenges rather than tasks. It’s more interesting to be in charge of “How can we inspire and educate our clients?” than to be the monthly newsletter manager. A challenge invites people to improve their game, not just to continue playing the same way.

Leadership requires a new standard. Invite your team to co-create how your organisation works and operates. Encourage people to experiment and fail, to break the rules with a purpose, to make decisions, and to prioritise results over processes.

Freedom drives accountability. Contrary to popular belief, the more freedom people get, the more engaged and committed they are. Your team is made up of responsible adults who should be trusted. They don’t need to be controlled. What you give is what you get. 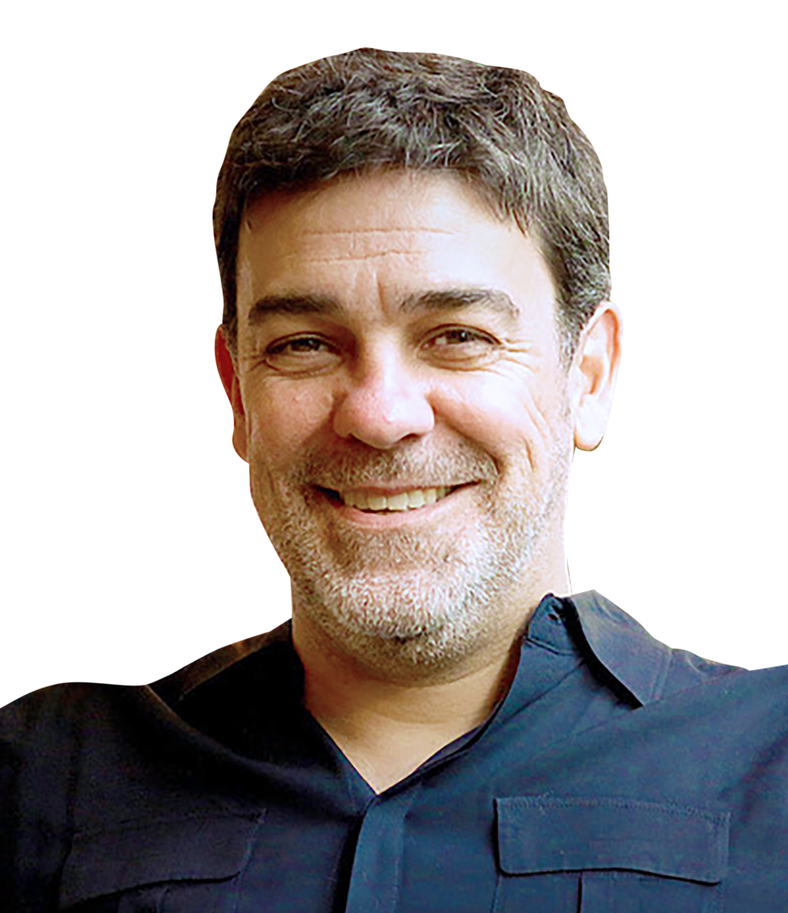 Gustavo Razzetti is the CEO of Liberationist, a change leadership consultancy that helps organisations become more innovative. He is also a keynote speaker and the author of Stretch for Change and Stretch Your Mind. For more information, visit liberationist.org.