Often the only woman in the room in the earlier years of her career, Mortgage Choice CEO Susan Mitchell has looked up to many male role models, whose leadership qualities still influence her today. Working in maledominated industries such as accounting, investment banking and securitisation, she says she never consciously looked for women to look up to.

Now at Mortgage Choice, which has by far the most women in leadership roles of any company she’s ever worked for, she can see the value of having such a gender balance.

While Mitchell has always worked in maledominated environments, she was brought up in a family of highly educated women and, although they did not necessarily pursue careers, they were very active in their communities. 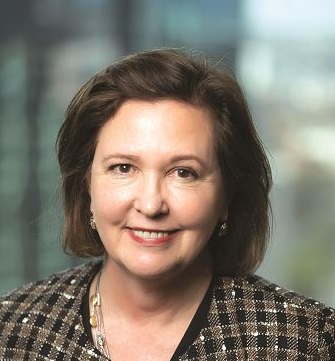 Mitchell remembers her mother; she was a strong leader in their local community of Fort Worth, Texas, leading the chapter of a non-profit organisation of women committed to promoting volunteerism.

“Our network is made up of small businesses leveraging a national brand on a local level, and these business owners reflect the demographic make-up of their local community”

Experiencing stigma
In the finance industry, Mitchell says she has always observed an emphasis on “being the expert”, meaning that if you’re good at your job you are going to be recognised. However, as a woman moving up the ranks in the finance world, she has had to overcome a few hurdles.

In one of her earlier roles in public accounting she encountered situations in which customers specifically asked for no women to work on their accounts because they felt that “women were distracting”.

In more recent cases she has seen managers create special projects to allow her to ease back into work after maternity leave, despite the fact that she wanted to go back to the role she had previously held.

“If you’re a manager and you take one thing away from reading this, it would be to not decide what women can handle when they come back from maternity leave. Everyone reacts to parenthood differently; don’t make an assumption about how you think the person is going to react – let them decide for themselves and understand that this will change over time as they ease back into working life,” she says.

Going back to her job after the birth of her first son in the ’90s, Mitchell says she was conscious of the fact that none of her male colleagues had the same hurdle of family life keeping them from focusing on their careers.

“Almost all of them had stay-at-home wives who were the primary caregivers of their children, and I didn’t want the fact that I was a working mother to lead them to see me in a different light,” she says.

Finding the right childcare solution to meet the demands of her job and the needs of her child was challenging. She worked long hours and found the best solution was to hire a full-time nanny. So that was where most of her salary went, but she believes in the long run it helped her take the next step in her career and gave her the peace of mind that her son’s needs were being met. As her two children got older she took many different routes and later took three years off when they were six and seven years old.

On the right track to diversity
Working towards greater diversity and inclusion in the broker and finance industry is important for Mitchell because “it allows us to better serve the diverse customer base that makes up Australia”.

While the broker group has not implemented any specific diversity policies, it has an inclusive culture that it has fostered organically over time, and this has led to a more diverse workforce and franchise network.

When it comes to recruitment, the company’s approach is to hire the right person for the right job, regardless of their background.

Mortgage Choice has a female chairman and a diverse executive leadership team, half of whom are women and come from a range of different industries.

“Diversity of thought adds such value because it means that different points of view and experience are represented across the organisation. It also means that when decisions are made at the leadership level, we are considering a range of needs, and the risk of bias is reduced,” Mitchell says.

She also notes that the group’s national franchise network is in many ways a mirror of the local communities in which it operates; there are franchise owners who were once teachers, engineers, business owners and bankers.

“If you’re a manager and you take one thing away from reading this, it would be to not decide what women can handle when they come back from maternity leave”

“Our network is made up of small businesses leveraging a national brand on a local level, and these business owners refl ect the demographic make-up of their local community, with many offering their mortgage broking services in languages other than English,” she adds.

While Mitchell recognises that there are far fewer female brokers than male, she sees the profession as a great opportunity for women with the ability to run their own businesses to suit their strengths and needs.

Focusing on how the industry can continue on its path towards diversity, Mitchell says it is about recognising the success of its diverse members.

“Whether that be through industry awards or profiling diverse members in the media, giving a voice to diversity will go a long way towards shaping the industry into the future,” she says.