What you said about banks’ products and pricing

EIGHTEEN MONTHS AGO, interest rates were rising as global funding costs put greater pressure on the banks. In fact, just a year ago, we were talking about increasing rates in this report. But soon after, these pressures decreased, and the RBA began cutting rates, which allowed the banks to cut theirs.

Now, rates in Australia are at record lows. This possibly explains why more than 54% of brokers responding to our survey said product ranges and pricing had improved – although the respon 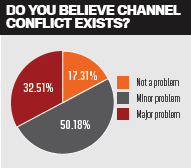 In this year’s survey, we asked brokers whether they thought banks were passing on the best savings to customers, considering the low interest rates. Respondents listed banks like Bankwest, Macquarie and ING, which were the top three in the interest rate category. Other banks listed included AMP, St. George and regional bank Heritage.

“The non-majors have passed on greater savings, have better upfront rates without the need to ask for pricing, such as Macquarie Bank,” said one broker. While many said some were passing on savings, others were not so convinced.

“None of the banks are passing on the savings to existing customers. The gap between what banks are offering to new clients and what their existing clients are receiving is astonishing. Sometimes it can be as much as

1%. For new clients the second-tier lenders are passing on bigger savings,” said a broker.

Interest rates and product ranges are an important factor when brokers choose to use certain banks. In the survey, we asked whether brokers had given more business to a particular bank in the past 12 months, and why.

Most brokers pointed to product ranges and policy as their main reasons for sending loans to banks. One broker said they had sent more business to certain banks because of their products, rates and policies – backed by good, consistent turnaround times.

“I have the majority of IO investment loans going to Virgin Money due to their competitive rates, velocity points and low fees, as well as servicing,” said another.

One respondent said they used Macquarie because of its rates and service and ANZ for its product offering and the number of different options it could provide.

Based on the survey feedback, product diversification opportunities are particularly important to brokers this year. Respondents placed this category as the second most important out of nine categories.

Bankwest did particularly well in the areas of product and pricing. The results in this category are in stark contrast to last year’s, when one major bank took home gold medals for product range, credit policy and product diversification opportunities and two other majors were also listed. This year, Commonwealth Bank was the only major to place at all in these areas.

Channel conflict was also highlighted as a continuing problem. More than 80% of respondents said it was a minor or major issue, although this was a slightly lower proportion than in the previous two years. Asked at which banks they had had a particular experience with channel conflict, the top three picked by brokers were all major banks.

One broker said, “They all have best interest duty to themselves. Channel conflict is alive and well.”

Several brokers also talked about banks phoning their clients and trying to entice them away, but one said it was not necessarily the banks’ fault.

“I find that it is individuals at organisations that cause the conflict,” they said. “The lender can see in the system that the loan has been introduced to the bank via a broker, and yet they still internally refinance the loan, oddering lower rates and cashback, which is not available via the broker channel.

“I have had instances where the bank staff advise the client they should not have engaged a broker at all, and that we are only doing business to be paid a commission and not acting in the best interest of the client.” 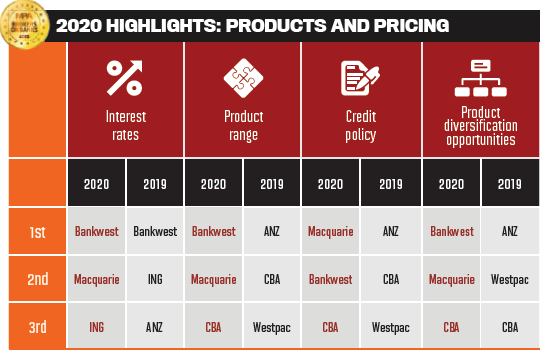