I ONCE worked for a guy who always had a smile on his face. He was a friend to everyone and always thought it was a beautiful day. But he wasn’t fully respected by his peers because he never prioritised work that had the best chance of being successful. Instead, he wasted a lot of time and money by blindly assuming everything would work out. He often turned out to be wrong. He only looked ahead at sunshine.

I also once worked for a woman who was so mired in the dysfunction of organisational reality that she never pressed for what was ambitious and right. What was new and exciting could never be pursued because it had never been done before. The weight of the organisation and its plodding pace crushed her. She had no hope. So she only looked behind at clouds.

Both leaders had meaningful skills and were well intentioned, but both were limited in their success by their single-focus world view.

The most successful leaders function with a healthy dose of forward-thinking optimism and down-to-earth realism. They look forward and behind. In fact, one study found that people with an ‘optimistic realist’ personality type were often happier and more successful. That’s because these pragmatic minds knew how to combine the positive outlook of an optimist with the sharp-eyed view of a realist.

Although the two leaders I worked with were uniquely single-minded, most of us are capable of seeing both sides of a situation and finding a way forward. In fact, I believe that being an optimistic realist will do more than help you move forward – it will make you a great leader. Here are four reasons why.

1. You know the power of a plan

Leaders are the ones setting the course and adjusting the sails. When your team hits rough waters, you don’t expect that they’ll magically turn things around. And you don’t waste time grumbling about what they did wrong. Instead, you identify clear steps to tackle the problem and move forward together.

2. You’re transparent with your team

One of the biggest mistakes you can make is to shelter your team from looming problems. Optimistic realists know that you can be transparent about the issues at hand while also being the encouraging force that gets your team back on track. That is because transparency leads to trust. Your honesty builds a better work environment.

3. You understand your limitations

Optimistic realists know that they can’t do it all, but they also know that the team around them can help them accomplish so much more. Your greatest resources as a leader are the people you work with every day. Be honest with them that you need help and remain positive that they will help you come up with the solution.

4. You sense when it’s time to reset

Times of crisis are opportunities to refl ect on the big picture. But as a leader it’s on you to make the fi nal call when it’s time to push the ‘reset’ button. Always go back to your goals and ask yourself the tough questions: Are we still on track? Have we lost sight of our vision?

Great teams build great companies. So the next time a crisis hits, refl ect on your own strengths and weaknesses, then rally and pull from the people around you. When your team sees you as an optimistic realist, they will likely adopt the attitude for themselves. You will encourage a workplace of critical thinkers who know there’s a solution to every problem and work tirelessly until they fi nd it. 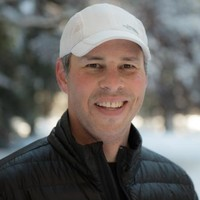 Brian de Haaff is the co-founder and CEO of Aha! and the author of Lovability. His two previous companies were acquired by well-known public corporations. De Haaff writes and speaks about product and company growth and the adventure of living a meaningful life. For more information, visit aha.io.