ANZ is helping a group of brokers develop their skills, build confidence and become more media-savvy so they can showcase the changing face of the industry

Simone Tilley recently came across a letter she wrote in her 20s asking her employer for a pay rise. She’d been working as a field officer in Gippsland for about a year at the time when she was asked to mentor a new employee, a young man of about her age, only to find that he was being paid 40% more.

“I was very proud of my younger self. I wrote a very balanced letter explaining why I was worth the same pay he was. I got my pay rise, but it’s a reminder to everyone that this was only two decades ago,” says Tilley, who as general manager retail broker at ANZ is now the only female head of a major bank’s residential broker channel.

“Whilst we’ve all made unquestionable progress, we’ve got more work to do. Diversity is about striking a balance, and at the end of the day it’s about creating diversity not just in gender but in thought.”

While Tilley had the confidence then to approach her employer, identify the injustice and ask for what she deserved, not all women share that gumption, especially when they’re just starting out. 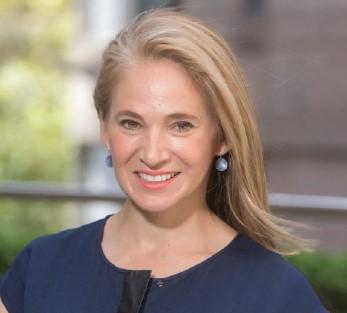 Inspiring and encouraging women to find comfort and confidence in their own voices and opinions is one of Tilley’s aims with ANZ’s Doyenne, Women in Broking program, which began at the end of August.

The executive leadership program is made up of 20 female brokers, two from each of ANZ’s top aggregator partners, who were selected to participate based on their leadership skills, behaviour, experience and respect in the industry.

Over the coming months, the women will attend two more sessions in Melbourne where they will learn how to express themselves in public forums to increase their visibility in traditional and digital media.

The sessions are being moderated and hosted by Amanda Gome, an experienced entrepreneur, publisher, business journalist and former head of strategic content and digital media at ANZ.

“It’s important for me as a senior leader in broking to provide a platform for other women to shine” – Simone Tilley, ANZ

Many ‘women in business’ programs focus on wellness and balance, whereas this is something different, Tilley says. It gives women brokers the skills and confidence to become more visible to the public eye. Most importantly, it reinforces that sharing their expertise and knowledge of the industry is not only welcomed and valued but worthwhile.

“There’s a gap in women’s voices and opinions in the media, and therefore there’s an opportunity. It’s about making women more present and more visible,” she says.

“Sometimes I see women step back and let others – often males – do the talking. It’s important for me as a senior leader in broking to provide a platform for other women to shine. That, I feel, is my obligation within this role – to really provide a genuine opportunity for others to have a voice.” 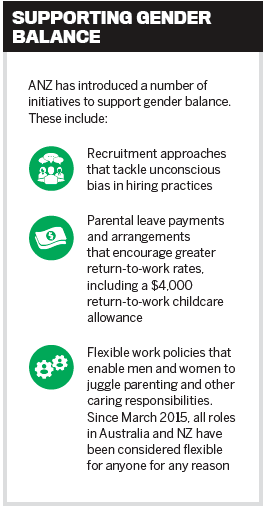 If women are heard and respected in senior leadership circles, they’ll be seen as role models for other women, creating a ripple effect of change, Tilley says.

There are 3,871 women brokers in the industry, a number that has been slowly increasing over the last couple of years. But the proportion of women in the overall broking population has remained stable at around 27%, according to the MFAA’s latest figures.

Women are gradually becoming a larger part of the Australian workforce, but often in part-time roles since they still dominate in the area of home and childcare responsibilities. At the top, only 16.5% of CEOs or heads of business are women and only a quarter of board positions are held by women, according to the Australian government’s Workplace Gender Equality Agency.

Women are not only dealing with ingrained institutional and societal biases but also have to contend with the walls they put up for themselves, such as self-doubt, fear, over-rumination and perfectionism.

Women are quick to praise their peers while judging themselves more harshly, even if they’re just as capable, Tilley says.

“There’s a gap in women’s voices and opinions in the media, and therefore there’s an opportunity” – Simone Tilley, ANZ

“Time and time again I see very capable and confident women saying, ‘Oh, I’m not sure that’s for me’, when an opportunity comes up, because they’re worried that they’re not going to be perfect. Guys just don’t think that way; they’re groomed to be confident.”

While self-reflection is important, overanalysis can be detrimental to one’s ability to take that next step.

“At the end of the day, the advice I give women is, if a door opens, take it the first time and work it out after that. I think often women want to have a perfect plan of execution ahead of them, whereas guys do have a tendency to wing it and work things out along the way.”

Tilley says it’s important to balance both. “Women need more courage to back themselves. And as women supporting women, we just need to encourage each other to put the best foot forward and just go for it.”